A is for apps: harnessing mobile devices to transform education 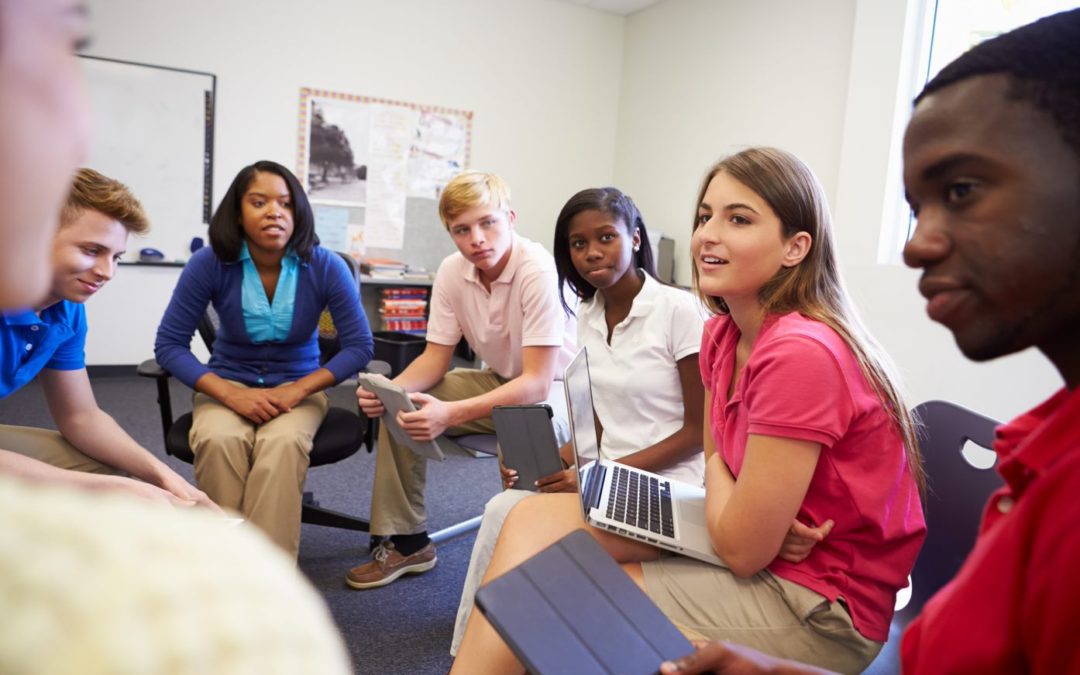 Technology has already had an overwhelming impact on education. School children of all ages now have access to unrestricted information at their fingertips. But, the way children are being taught restricts their ultimate potential in modern times. Considering how ubiquitous smartphones and their subsequent apps have become, there should be no excuse as to why the education sector is still so ill equipped to prepare young people for 21st Century life and work.

The lack of integration between young people and their educational bodies creates a gaping chasm between what children are learning outside of school, in comparison to what they’re learning inside the classroom. The education sector has become woefully flawed, and as such, requires critical reform.

Running on archaic principles and predominantly underpinned by paper-based processes, the purpose of education has always been to prepare young people for the existing job market. Education cannot stimulate economic growth during periods of austerity and ongoing budget cuts, if it continues to prepare children for a job market that is becoming increasingly obsolete.

Job markets have shifted exponentially since education became a modern, compulsory institution for children to attend. Big data, the internet of things, augmented and virtual realities – as well as process automation – dominate the future of work narrative. As such, government and educational bodies alike have an equal responsibility to adapt to modern living and working. They must learn to innovate, if they are to address the increasing barriers to education being seen worldwide.

The average person spends about 24 hours per week using mobile devices, with young people purported to spend even longer using their smartphones. To harness an increasingly mobile focused audience, the education sector needs to adapt to the tune of the digital revolution by offering 24-hour connectivity to learning.

Young people are accustomed to personalised content and instant communication. The education sector must begin to acknowledge the role that mobile apps need to play in the improvement of learning. However, before this can begin – like other public sector bodies – the education sector must first digitise and integrate their existing processes, to set the pace of innovation for years to come.

Virtual classrooms may be the Emerald City at the end of every educator’s yellow brick road but getting there requires a complete overhaul of how the education system currently operates and is being managed. Core administrative processes at the heart of existing operations require immediate digitisation.

Currently, most daily internal tasks are still performed using paper processes that offer no integration or flexibility – and are both time consuming and labour intensive – and the digital offerings that do exist, do so in isolation.

The types of isolated digitisation being seen in schools include websites, emails and text messages to parents. But, like other areas of the public sector, these platforms help educators communicate externally, but they aren’t integrated with internal operations, or truly aligned with the fundamentals of what children need from education.

Instead, these offerings tend to focus on the corporate side to education – such as Ofsted reporting. However, by digitising administrative processes first and foremost, the education sector would be able to unlock massive opportunities for students, teachers, parents and government/awarding bodies alike.

Like the rest of the public sector, education is still unfortunately bound by legacy systems that make true process digitisation challenging. Replacing these systems is costly and not within the existing education budget, leading to the stagnation of digitisation. Oftentimes, modern technologies demand custom integration with legacy systems, which further amplifies costs and halts digital progress.

What’s more, a combination of paper-based processes and the manual data input into these legacy systems in isolation means that valuable data within institutions is siloed. Not only does this make process digitisation a far greater challenge, it poses the question of:

What could be learned about the education sector overall, if the data currently being stored in isolation was unlocked, made widely available and integrated into a central database, accessible to all schools and institutions across education?

As such, a further reluctance to digitise is exposed; where would the education sector start with process automation? Which data needs to be utilised – and/or prioritised – to kickstart appropriately implement a proper digital strategy?

The mistakes often seen within the realms of digital transformation, sees companies across industries trying to make a process fit existing technology, rather than nailing down what they need for process automation before implementing the technology to fit the process.

The key factor to successful process automation is being able to identify a process that is neither too simple, nor too complex, and focus on getting that right, before getting started elsewhere.

For example, why not start by digitising attendance registers? Rather than arming teachers with clipboards and pencils to manually mark which students are in attendance and which are absent, why not arm them with a smartphone or tablet and a mobile app?

Instead of multiple teachers handing over multiple sheets of paper, per lesson, per day, for an administrative assistant or other member of faculty to manually input into a spreadsheet, why not have a mobile app that could teachers could push attendance data in real time to a central database at the push of a button, enabling educators to track and report absentee data with ease?

This could, in turn, enable educators to integrate registration data with individual student, class and grade data – which in turn, could communicate with teacher-parent messaging systems. Automatic notifications could be sent to parents, notifying them of absences and what children have missed in class each day a child is absent, rather than having to wait until a student is back in class for them to catch up.

The continued speed at which technology is impacting industries and organisations globally, education cannot afford to be complacent when it comes to digital transformation. All levels of teaching – from nurseries to universities – are facing their share of struggles: enormous costs and continued constraints to budgets particularly impeding innovation.

Students and parents – and in some cases, teachers – cannot be expected to shoulder enormous tuition fees and other costs associated with learning, if the education system continues its journey towards obsoletion – and ignoring progress.

Investment needs to be made now to improve operations and enable educators to compete in an increasingly digital environment, if the quality of education from student levels, through to awarding bodies, is going to improve. Process and administrative automation is the only place to start.

Sign up for a free demo and see how Nutshell can be tailored specifically to the Education sector!