A beginner’s guide to no code 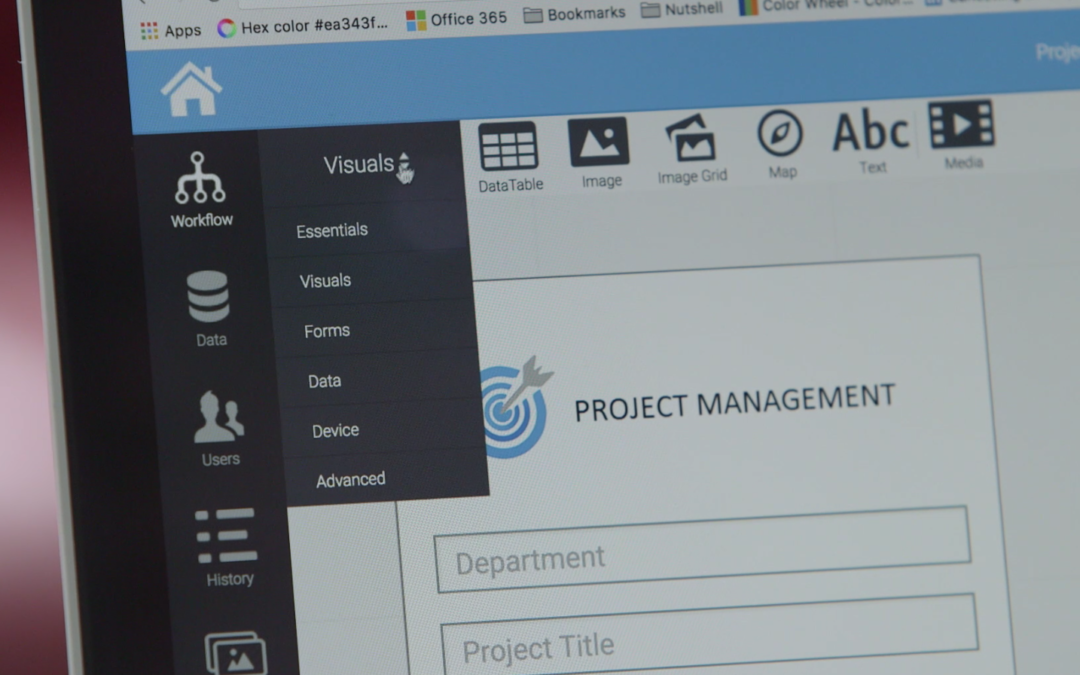 If you haven’t already heard the term ‘no code app development’ or even ‘no code revolution’ not to worry! At Nutshell, we know a thing or two about enabling organisations to build enterprise apps without needing to write a single line of code.

What is no code app development?

No code app development removes the barriers often faced by businesses when it comes to the needs, demands and issues of a team or workforce. By leveraging the power of technology to help organisations innovate, without impeding existing software development or IT teams, employees can create their own digital solutions to previous problems. No code app development empowers individuals and teams that are usually excluded from the app development process due to their lack of skills, by giving them the tools to innovate.

Being able to use an app development platform to create solutions to internal organisational problems, allows for continual innovation and product delivery, enabling organisations to adapt to ever-changing market needs – which in turn, ensures that organisations are constantly at the forefront of digital change.

The evolution of programming: the road to no code

Programming has changed massively since it was first invented, with Charles Babbage’s work on the Difference Engine in 1822. While immensely simplistic in comparison to today’s programming languages, computers have always required a means of instructing them to do a specific task.

For example, French weaver and merchant, Joseph Marie Jaquard, who played a vital role in the development of a programmable loom. Like Babbage’s Difference Engine, it required physical motion to work.

Equally, the invention of the ENTIAC coding system – to which Alan Turing loaned his expertise – followed many of the same principle of Babbage’s invention, in the sense that it involved physical motion; pre-set switches and signals were needed for each new program or calculation.

Programming has advanced exponentially since then, and as a result, programmers are in increasingly high demand. With a sharp update in digital innovation and consumer demand for perpetual improvements to products and experiences – as well as increasingly digitally-led workplaces – programming is now affecting the day to day lives of us all, with regular advances being made and innovators increasingly pushing the boundaries of what is possible.

As a result, the growing demand being placed on programmer globally is now beginning to exceed existing resource.

Linux creator, Linus Torvalds, has always been in favour of an open-source model for software development. Open-source models encourage collaboration among programming communities and serve as a temporary gap where there are shortages in programming talent.

The rise in both low and no code platforms also address this demand, offering an alternative solution to sourcing new programming talent and facilitating an environment of improved collaboration.

Low code vs no code: what’s best for your organisation?

Low code app development platforms make it possible to create apps by reducing the amount of coding needed to develop applications. While low code does shorten the time needed to create smartphone and tablet apps, this option does not alleviate the issues of backlogs and ultimately impedes innovation, because a programmer or software developer is still needed in the process.

Creating apps within a no code platform – like Nutshell Apps – enables teams to create apps up to ten times faster than building with traditional or low code alternatives.

Since our inception, we’ve enabled entire teams – regardless of their technical skills – to get involved in the app development process. This alleviates the pressure on over-stretched departments and encourages a new wave of citizen developers to create solutions to internal organisational woes, enhancing innovation within entire organisations.

No code development in a Nutshell

Our drag and drop app development platform is supporting organisations across a wide variety of industries, enabling them to increase productivity, enhance safety and harness the power of the smartphone into existing workflows.

Using Nutshell Apps, our customers have equipped their teams with the tools to create smartphone and tablet apps – from proof of concept, to deployment, to ongoing maintenance, without requiring them to write a single line of code, or have any true in depth technical knowledge.

While the platform certainly supports custom Javascript, allowing those in the know to unlock even more from their no code app development platform, the beauty of Nutshell means that you do not have to use a single programming language whatsoever, to create secure and complex enterprise apps.

To find out more about how Nutshell is leading the no code revolution, check out our Product Overview