The Internet of Medical Things & the future of healthcare 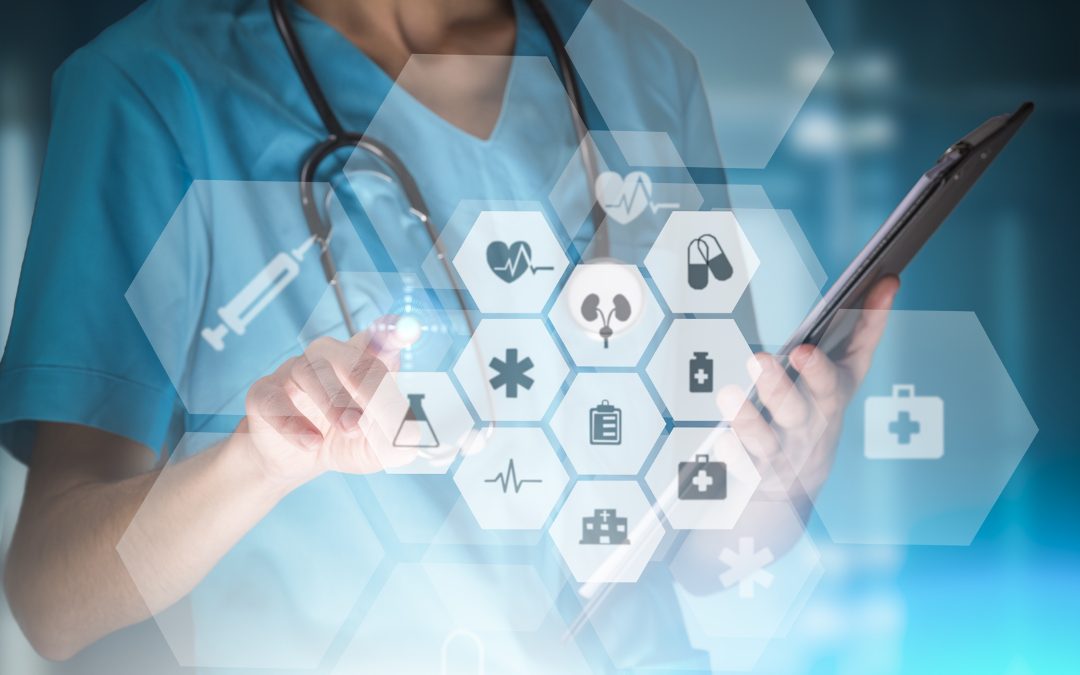 The Internet of Things now permeates every section of industry. While perhaps slower than other industries, the global application of IoT principles in healthcare have brought about enormous benefits for organisations, clinicians and patients alike. This has led to the concept of the Internet of Medical Things (IoMT) forming a renewed need for positive digital change across the health sector.

The Internet of Medical Things

The basic concept behind the Internet of Medical Things (IoMT) is the collection of medical devices, technology and software that connects healthcare IT systems to one another.

Globally, in areas where IoMT principles have been implemented, there has been a definitive increase in efficiencies across healthcare delivery and diagnostics, as well as improvements in doctor-patient communications and decision making across services. What’s more, connected devices encourage better use of healthcare resources, and indeed, a reduction in waste and inefficiencies across the board.

For example, Saint Mary’s Hospital in Waterbury, Connecticut, used IoMT to analyse workflow and improve staffing efficiencies across services. The Internet of Medical Things was able to ensure the appropriate levels of staffing across the hospital’s service, saving $650,000 in just six months.

The Internet of Medical Things in the NHS

The current NHS is in crisis; overcrowded, understaffed and somewhat impoverished due to government cuts to its budget. Digital transformation is a priority, but innovation is fraught with challenges. As a result, adapting to the Internet of Medical Things is a Catch 22 for the country’s health service.

Present methods of care being administered across the NHS have become unsustainable in both cost and scope. Visits to hospitals and doctor’s offices alike are conducted in the same way today, as they were when the NHS was first founded in 1948.

Budget constraints, lack of resource and staff shortages are only prolonging this.

While there has been some digital transformation in its 70-year history, the NHS has a culture of technological immaturity, underpinned by legacy systems that have caused immense issues for medical staff. This has been amplified by the unprecedented financial woes impacting the NHS, meaning that the much-needed advancement of the Internet of Medical Things – as well as a more generalised digital reform – has been prohibited from sector-wide integration.

Challenges of the Internet of Medical Things

Further challenges faced by the Department of Health and the NHS when attempting to adapt to the Internet of Medical Things, is how to go about connecting the sheer amount of fragmented medical data sets in a controlled and secure manner. Equally, how to go about making health data accessible to users, using a language that can be read and understood by everyone.

For example, the rise in smartphone apps and wearable devices that can gather, analyse and visualise lifestyle and health management apps have grown recent years, and have generated an exponential amount of miscellaneous health data as a result. However, the NHS cannot access or utilise the information provided by these devices and apps to support in the improvement of healthcare administration to patients.

While individual GPs may look at the information, if it is provided by their patients, they are unable to physically do anything with this data, because there are no systems, procedures or processes in place that would allow medical professionals to extract, harness, understand or utilise patient-driven data.

Currently, this makes sense, given the potential risk of GPs providing conflicting and potentially harmful medical information, but it does reinforce the need for the NHS to overcome the existing incompatibility between its own systems, and the digital engagement of its patients.

However, by 2025, 1.25 billion of the worlds 8 billion population will reach ‘elderly’ age. This means the cost and strain on the global health sector will continue to rise. As such, inaction is no longer an option for the NHS. Seizing the wealth of opportunities that an innovative, IoMT-driven culture brings – and integrating those with new and connected technologies – needs to become a priority before it’s too late.

The future of healthcare: driven by the Internet of Medical Things

In January 2016, NHS England launched the Test Beds Initiative, which consists of seven components (two of which focus on the Internet of Things). These components feature a ‘diabetes digital coach’; a project led by the West England Academic Health Science Network, and a Technology Integrated Health Management System – a collaboration between Surry and Borders Partnership, NHS Foundation Trust and an array of health technology providers.

NHS England operates in a more devolved nature, meaning that trusts are free to pursue their own IoT developments. Our own work with The Apperta Foundation and Code4Health has seen Nutshell provide our no code, drag and drop mobile app development platform to support the empowerment of clinicians and medical health professionals across the UK, to drive innovation in their areas of expertise. This previous work has seen health professionals creating their own smartphone apps, digitising their processes and carrying out app development themselves, at a fraction of the cost of traditional mobile app development.

Smartphone and app adoption has proven to reduce operational costs across industries that have already incorporated enterprise mobility strategies into their digital roadmaps. However, the sheer cost behind traditional app development makes it difficult for the NHS to digitise its processes. For the National Health Service – a sector deep in the unsteady throes of a financial crisis – traditional app development simply cannot be harnessed without plummeting the health service into even further dire straits.

This is why Nutshell’s ongoing partnership with the NHS has proven so successful, and why we’re trying even harder to make the Internet of Things a reality for healthcare providers across the sector.

Our most recent work sees us collaborating, once again, with NHS Digital. Working in conjunction with Inidus and OpenEHR, we have developed a game-changing tool that makes the provision of data-driven apps even more attainable for NHS staff.

The new Nutshell tool helps staff streamline, simplify and visualise complex data and presents it in a mobile app in less than a minute. At the touch of a button, users are presented with a few simple configuration options, and are then able to deploy fully functional medical apps to the smart devices of entire NHS teams in moments.

Addressing the challenges that have proven to be barriers to digital reform in the NHS so far: data protection, cost-effectiveness and budgetary constraints alike – this new iteration of Nutshell Apps allows clinicians to access data in a more controlled and secure way, enabling NHS staff to take app development into their own hands. What’s more, they can make changes to requirements of functionalities – while maintaining the protection of medical data – without the need for app development or tech team.

In what we hope will be the first step in the future of healthcare innovation, the Nutshell tool supports the Internet of Medical Things, connected devices and the possibility of a global network of health data that will transform the NHS; saving time and money, while dramatically improving the level of healthcare administered to patients across the country.

This site uses Akismet to reduce spam. Learn how your comment data is processed.